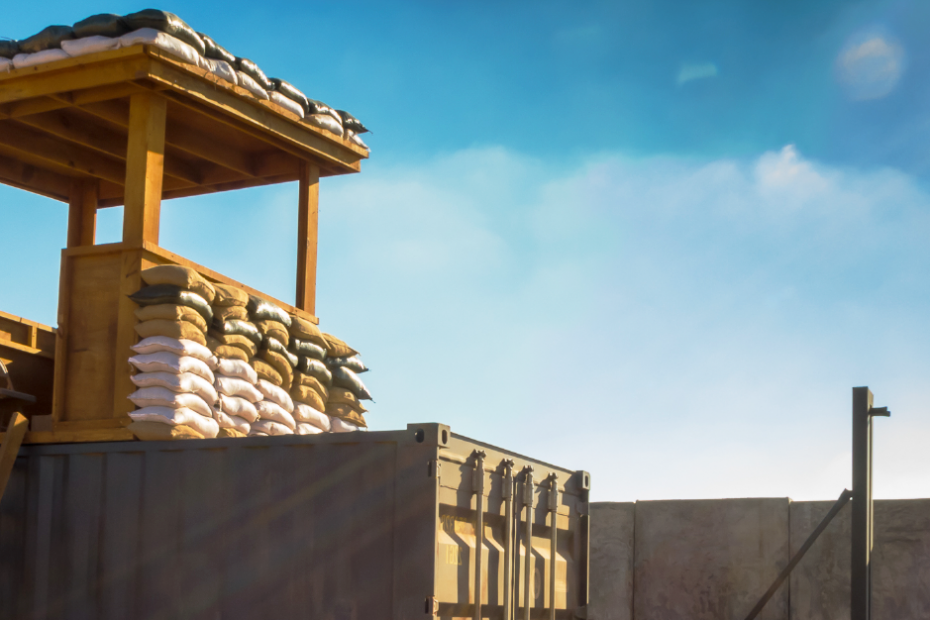 During conflicts and peacekeeping missions, armed forces must ensure that temporary and permanent military bases are protected. In today’s asymmetric conflicts, and particularly in urban environments, a potential threat can come from anywhere. It is MISSION ESSENTIAL to have the capabilities to protect sensitive sites against the threats. If the military camp is attacked and the troops have no operational means to locate the threat origin, the military and civilian assets will be scared and they will not be in psychological condition to accomplish their job !

Therefore there is an increasing need for effective detection systems.

The PILAR system from multiple acoustic arrays (up to 20) deployed all around the area to protect detects the sound waves generated by the firing of small arms, Rocket Propelled Grenades (RPGs) and mortars to detect and accurately identify their location in real time. PIVOT is a surveillance system designed for rapid deployment. Used in conjunction with PILAR, PIVOT is slew in the correct direction and provides a real-time image of the threat.

This data allows to protect personnel and equipment, and to mount an immediate and appropriate response. These systems serve a providing a deterrent effect and are conferring reassurance for the troops, who knows that they are protected in the event of an attack. The data collected can also be used during post-assignment debriefings to indicate danger zones and to serve as evidence.